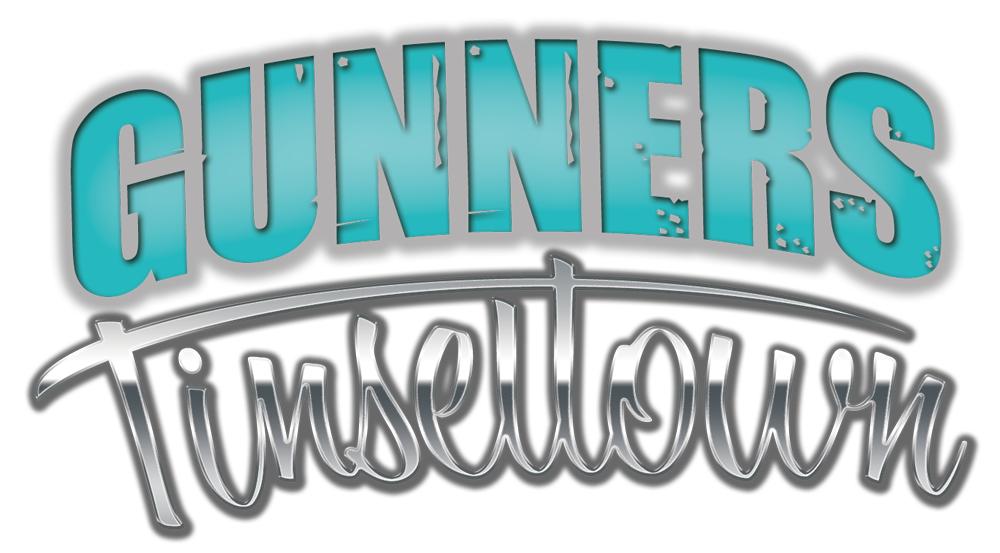 Gunners Tinseltown, known as “Gunny,” is a 2009 Sorrel Stallion bred and owned by Silva Reining Horses. During his show career Gunners Tinseltown earned $307,328 and won many prestigious championship titles, including the the 2012 NRHA Open Futurity Reserve Champion. (Please scroll down on this page for a detailed account of his show career by year.)

Gunny is sired by the NRHA and AQHA Hall of Fame sire Colonels Smoking Gun, known as “Gunner.” Gunner was by Colonelfourfreckle and out of Katie Gun. During his lifetime, Gunner earned more than $173,000, and his offspring have accumulated more than $7 million in NRHA earnings! Gunner was laid to rest in July of 2013. Gunners Tinseltown is one of the top-earning sons of the legendary sire, Gunner.

Gunners Tinseltown is standing to the public at Tom McCutcheon Reining Horses. We are excited to say that Gunners Tinseltown is generating a great deal of interest and attracting some of the best mares in the industry. His first foals arrived in 2015 and are looking great! 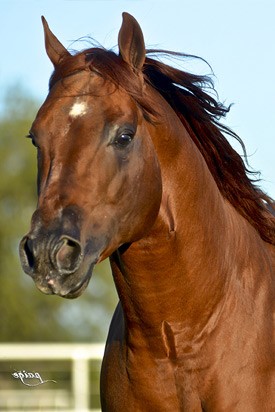 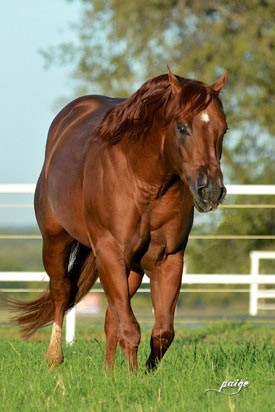 Both Sire and Dam were
Hall of Fame Inductees 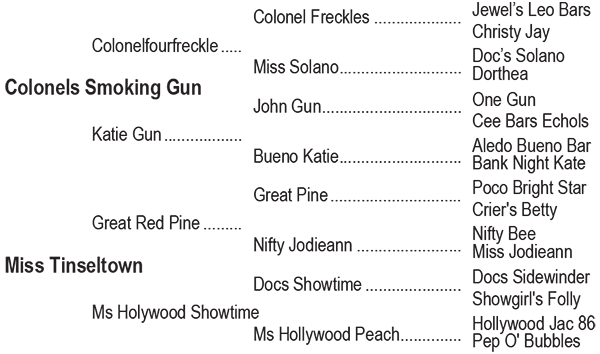 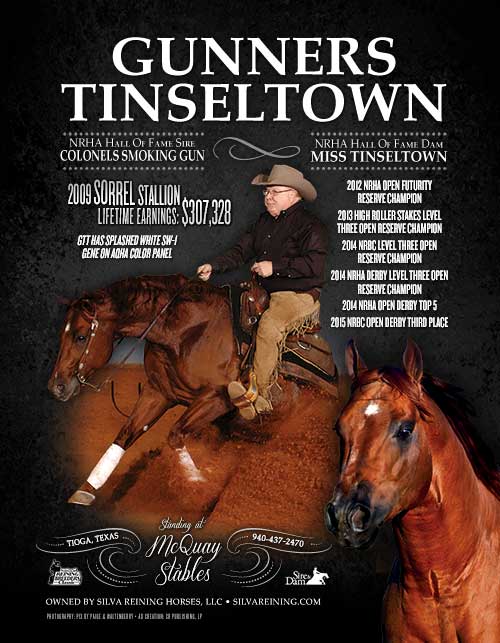 As a three year old…

As a four year old…

As a five year old…

As a six year old…