“NRHA Professional Barak Gibori and Pearl Haggard, owned by David Silva of Pilot Point, Texas, entered all four levels of the Tamarack Ranch Developing Horse Futurity and it paid off as they scored a 217 to win the L1 Open and finish third, fourth and fifth in L2, L3, and L4. Pearl Haggard, a gelding by Hollywoodstinseltown and out of Gunners Pearl was first shown by Tim McQuay in the North Central Reining Horse Association (NCRHA) before turning the reins over to Gibori who works for the NRHA Three Million Dollar Rider. All total, Gibori and Pearl Haggard earned $3,869.” 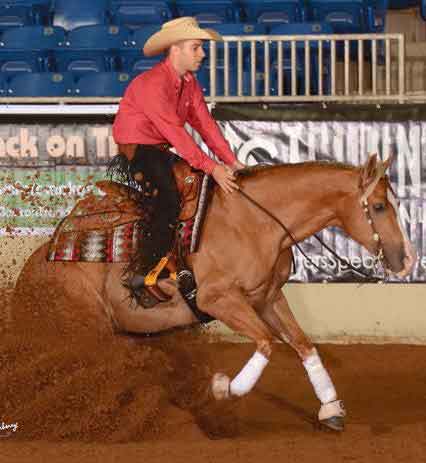