Dave Silva and his family have been involved in the world of reining horses for over thirty years. He and his wife, Bonnie, and their two children David Jr, and Debbie, have all experienced the thrill of owning or showing reiners over the years.

The Silva’s have been involved in the horse world for many years and it all got started when Dave was showing Appaloosas with long-time friend and horse trainer, the late Randy Cutbirth. Dave was showing pleasure horses at the time, but when he saw the reining he thought it looked like a lot of fun. His first reining horse was an Appaloosa named Sam McCue and then he moved onto Jag On Joe. Randy and Jag On Joe were fourth at the All American Quarter Horse Congress. Since then, Dave has had a long and productive history with NRHA and reining horses. In 2012, Dave was honored to join the exclusive Million Dollar Owner club as horses he owns have earned more than a million dollars.

According to Silva, his first “real” reining horse was Great Nifty Fox, which he showed in non-pro events. A short time later, he and Bonnie purchased Great Footwork, sired by NRHA Hall of Famer Great Pine and out of NRHA Hall of Famer Nifty Jodiann. This beautiful black mare came with a show record and talent. She was the Non-Pro Futurity reserve champion and won the Non Pro Derby with then owner, Joel Cohen in the saddle.

Great Footwork had a baby for the Silva’s every year but one. She produced a total of 16 foals and 12 of the 13 foals old enough to ride have earned money. A treasured member of Silva’s equine family, Great Footwork was put down in December 2008. She has produced NRHA money earners of $169,328.44 to date and still has three foals that have yet to enter competition.

The Silva’s have owned many great reining horses over the years but their next superstar was another mare. Colleen McQuay spotted a chestnut mare, Miss Tinseltown, at the Tradition Futurity in September of 1997. A young trainer marked a 225 on her and won the Limited Open Futurity. McQuay saw great potential in the mare and told her husband, Tim, that she would make a great horse for Silva. Silva purchased the mare and left her in the capable hands of friend and trainer Tim McQuay. It is interesting to note that she was sired by Great Red Pine, a full brother to the Silva’s first great reining horse, Great Footwork, and out of Miss Hollywood Showtime.

Within the next three years, Miss Tinseltown, became one of the top show mares in the industry and one of the few to earn more than $100,000. She was a Congress and NRHA Open Futurity finalist as a three-year-old in 1997. In 1998, McQuay and the fancy mare were the NRBC and NRHA Derby Open reserve champions. They came back in 1999 to win the Open division of the NRBC and claim the NRHA Derby reserve championship for the second time. She retired from the show pen with NRHA lifetime earnings of $114,087.37.

Over the years, Miss Tinseltown has produced a number of outstanding foals for the Silva Reining Horses. It is no surprise that her offspring have gone on to become NRHA money earners and champions. She has been bred to Colonels Smoking Gun, Footworks Finest and Hollywood Dun It to produce such champions as Gunners Tinseltown, Hollywoodstinseltown, Hollywood Downtown, Dun It In Tinseltown, Tinseltownsmokingun, Showdownintinseltown, Dunitinbrightlight, Footworks In Town, Dontmesswithmygun, Smoking Tinseltown,  and My Hollywood Girl. In November of 2016 her 11 foals had total earnings of $741,156 for an average of $67,377 each.

Although Miss Tinseltown has produced a number of noteable offspring that have shown in the NRHA, the true standouts are her 2004 palomino stallion son, Hollywoodstinseltown, and her 2009 sorrel stallion son, Gunners Tinseltown. 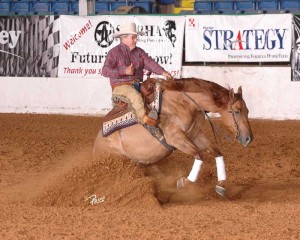 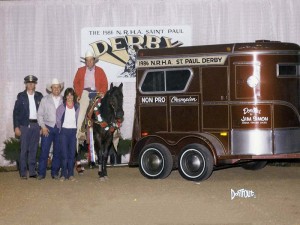 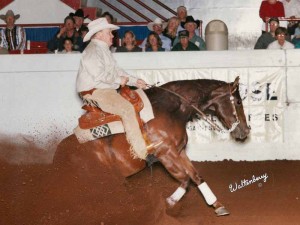 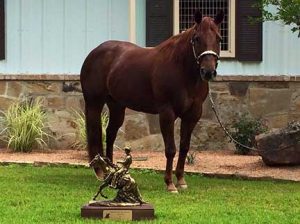 Miss Tinseltown with her NRHA Hall of Fame Trophy 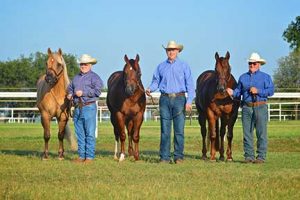 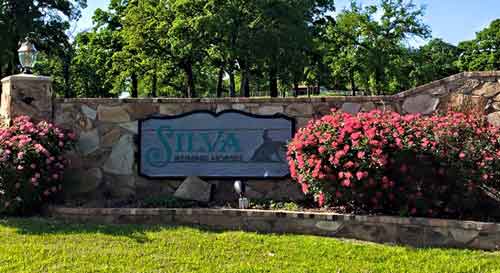 Silva Reining Horses is located in Pilot Point, Texas. Our physical and mailing address is 10896 St John Rd, Pilot Point, TX 76258 (see map below).
For more information about our program or one of our stallions, call 860-798-0802 or email Tom McCutcheon Reining Horses